Set (25), Denmark, escort model
Tell that you are calling from mistress-aleera.com to increase your chances of getting a discount. Message     Call

"Renting a Boat with Friends Kolding" 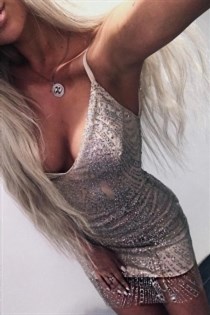 I am a very beautiful girl. Love sex. Very cute and sexy. New to this so not sure what to say i am a married man that is interested to see who/what is out there for me explore with as my wife is only into sex in bed and in the dark.

I only know maybe a very few German words. I speak Spanish good enough as my other language but that's different from her interests. We do have the same taste of music(I love Heavy Metal and many forms of Rock and Metal music). She seems pretty open-minded judging by the end of her description. As for guns, I used to go hunting with my father, uncles and cousins(last time I went hunting was almost 3 years ago since we're all more busy now with money budget problems.

One thing I do pride myself on is being honest. So that's why it's always confused me why the casual women end up wanting more. I was VERY upfront about what I was looking for from them, and then I'd back that up with putting no effort in. It's like they think that having sex will change my mind in the long run. But when a guy tells you point blank, he'll never want anything more he says that for a reason. I just wish that some of the women who I made a relationship effort with went after one in return with the determination those other ladies did..LOL That's why my romantic life has been out of sync for so many years. But I'm finally at a place in my life now where I no longer have casual sex.

Some readers are judging me right now because I married a black guy. I may be assumed to be on welfare, fat, ugly, uneducated, have daddy issues, crazy etc. None of which are true, but that's just the way it is. It's unfair, but reality nonetheless.

I like to hike, travel, car shows, History, and Music..I have a Master's Degree in Education and BA in History.

Most of us have been there at one point or another. If you really want the gym teacher, then at least do the honorable thing and break up with your boyfriend.

Basically, I fell in love with my friend (who had a boyfriend,) and I told her how I felt (because I'm an idiot,) and she basically decided that we can't be friends anymore. I only knew her for a few months, but I had thought that we were close enough that she could handle finding out how I felt about her. Obviously, I was mistaken.

used to be bait